The follow-up European Language Industry Survey (ELIS) published last month has prompted a lively debate about how to make the industry a more attractive career proposition.

The first ELIS study published in March reported growing concerns about talent recruitment, which were reinforced by warnings from universities of declining numbers enrolling in translation and interpreting degree courses.

The long-term impact on the industry was clear so in the follow-up study asked respondents what could be done to turn things round.

Presenting the analysis of the second survey, ELIS research lead Rudy Tirry revealed that more than half of freelancers and 21% of LSCs thought that more emphasis on making the profession more attractive was needed and this meant taking a long hard look at rates of pay, career perspectives and being more flexible about access to the profession – even if this meant adopting a more flexible approach to regulation.

Feedback also suggested that a deeper examination of training needs should be undertaken, whether this focusses on university curricula, in-company training regimes, internships and continuous training and development. Tirry said that there was a preference for an increased and more structured interaction between industry and academia, pointing out that events are usually biased, co-operation is unstructured and based on personal relations. He said that the research also pointed to a desire or for industry associations to play a greater role.

Unsurprisingly respondents to the second survey suggested that there needed to be a more coordinated approach to communications about the profession. Some of that needs to happen further upstream to encourage secondary pupils to start considering the language industry earlier when thinking about future careers. At the same time many responding to the second ELIS survey said that communications about the sector also needed to be targeted at the public to emphasise the important role the language industry plays in society.

A more long-term objective would be for language service companies to start adapting their recruitment practices.

The lively panel discussion, which included contributions from representatives from FIT Europe, GALA, the European Commission, Elia and the EUATC prompted some equally lively exchanges from across the globe.

Here are some of the contributions prompted by the ELIS panel discussion: 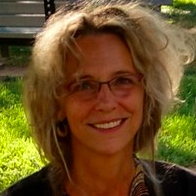 “Speaking from a local perspective (Quebec, Canada), we too have been trying to ascertain certain changing market dynamics in order to better align university training with LSP needs.

“One initiative has come from the provincial professional organisation, OTTIAQ, which recently proposed that translation students in programs have mandatory internships.

“We’ve also been discussing similar questions relevant to the use and actual implementation of MT and how to adjust curricula to include post editing and quality control.

“Notably, here too there seems to be a decline (not sure how significant or how permanent) in the number of young people who want to pursue a professional career as translator. Many are interested in work in the audio-visual, multimedia and game localization sectors, but the current market rates are clearly a big deterrent.

“They also read in the press about the spread of Machine Translation and wonder if their training would really lead to any job when they’ve finished school.

“We too have concluded that we need to do much more to make the professional profile more attractive to young people.

“But, many potential students are attracted to the field because of their love of language, culture, and literature.

“They’ve traditionally shied away from automation, data management, business, and the like.

“Ideally, many young translators would also like to work as full-time, in-house employees, before thinking of going independent.

“They worry that they might have to jump into managing a business as soon as they graduate. A few love the idea, but not all!

“Personally, I would be interested in seeing how young Canadian translators (principally translating French and English languages but also a third or fourth language) might be able to get involved with networks potentially emerging from developing sectors due to the CETA agreement (Canadian-European Comprehensive Economic and Trade Agreement). Perhaps there isn’t much, as it is quite recent. 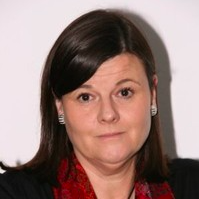 :As translation teacher, EMT-board member and LIND ambassador I share many of the concerns expressed and we try hard to show potential translations students how diversified and interesting translation can be as a profession having good prospects of success.

“As for the fear of self-employment, we also offer concrete information, assistance and simulations of real situations – a sort of students’ translation company – in our courses. National associations and international networks are very helpful in this sense, too.

“We also find that the entry into self-employment is often via a fixed part-time position, to which fresh degree holders gradually build up a client base as free-lancers. This security of fixed employment makes the jump into the deep end less scary. We also advise our Masters students to start their professional career during their study course, building-up a own home-page, doing some networking, participating in industry events, via internships, smaller translation jobs and so on. So that they get used to the freelance conditions and learn how to deal with clients and also see how thrilling and challenging our job can be.

“The harder promotion job is how to inform the ‘outside world’ and all those who have prejudices and don’t really know what a translator or interpreter could do or about the reality of translation nowadays. And obviously this also affects applicants for translation studies.

“A first step to a good exchange and networking could be by attending a Translation Europe Forum (TEF), which is always a great opportunity to meet people form the language industry, academia, associations, institutions and is often a ‘mind-opener’.” 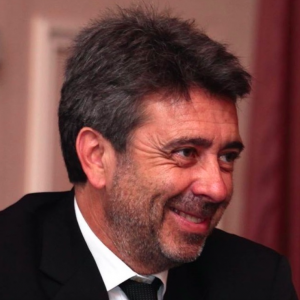 “As the professional advisor for Translation & Interpreting graduates in one of my universities the views expressed by Alexandra Krause reflect identical points of concern. As she states, these studies are, in reality, a door-opener not necessarily in a translation job itself, but to other language-related disciplines, some of them very unexpected for graduates.

“The power of being able to communicate in several languages is a competitive advantage in any job. I keep sessions with my students in which I mention case studies of former students working in a number of verticals. Needless to say, that AI and language processing has also opened different doors too, as language is central in many of AI-oriented initiatives.

“But students cannot stop, they have to move and practice networking and thinking about a post-graduation/master course that takes them down a specialist route. When you think of graduate study course, they can tend to be a long list of topics with some subjects which will not appeal or whose relevance and usefulness is not immediately obvious. However, with post-graduate courses their approach is different. Usually, many of the teachers are practitioners who can help post graduate students enter the market via internships or other contacts. In fact, I managed a 3600course on localization and translation technology, and colleagues from Language Service Companies offered internships even before students had started the course, so this is another way to contact real-world people in this industry. 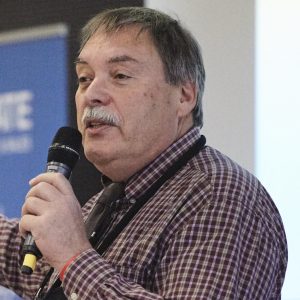 “The discussion during the webinar clearly showed that there is work to be done, but that is not new.

“We have all known this for a long time. Individual companies and universities are acting upon it but those individual actions, no matter how useful, are not enough to change the tide.

“It is time to shift to a higher gear, to lift the action beyond the level of individual companies and universities.

“Looking at political changes is wishful thinking, especially since education is not within EU jurisdiction. That leaves only the industry and the academic world themselves. Which means that associations such as EUATC and the other ELIS partners, and wider educational structures such as the EMT network need to take on the challenge.

“For instance, with European agreements on internships, guest lectures, or other aspects of co-operation between industry and academia. Even if such agreements cannot be made binding, they will act as best practice guidelines.

“Let’s stop complaining about the decline. It is time to act. And nobody else is going to do it for us.”

GET THE LATEST ELIS SURVEY RESULTS

The results of the latest ELIS study and previous ones are available free of charge from the repository on the ELIS website. Visit the site and either create an account or, if you are registered, sign in and access the report from the repository. 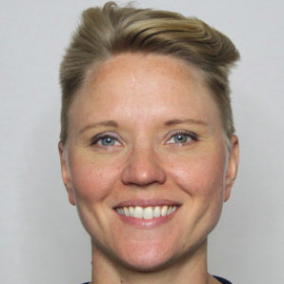 A new team to lead QSD