QSD e.V., Quality Language Services of Germany, representing the interests of German translation companies for 22 years, has committed to creating a post-COVID guide to the German language services market. Due to the drastic transformation of the industry in recent years, such a guide is essential for all market players, especially for medium-sized companies, writes Konstantin Dranch.

This summer, the association’s research team led by Konstantin Dranch (pictured) conducted a survey of more than 130 German LSPs, and they presented the first results on September 17 in an online conference. With the full guide to be released by the QSD in October, here is an executive summary of the key findings. 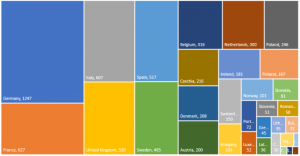 M&A potential. Germany is a prime market for consolidation. It provides the largest opportunity in Europe for translation and localization services and 1600+ LSPs that are registered in Germany generate more than 1.25 billion euros in business every year. 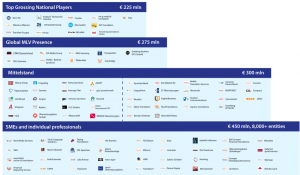 Despite a huge opportunity, the German landscape has not yet produced consolidated groups in the 100+ million euro range that could compete with Top-20 global players for mega-contracts. Germany remains fragmented and most of the market leaders are medium-sized agencies with 6 to 30 million euro in revenue. These companies are currently facing a choice to get financial backers and embark on a program to consolidate more business via acquisitions and get into a 50+-million euro range, or remain lifestyle family firms and become overshadowed by more ambitious competitors.

Dropping 6% this year due to COVID

The largest translation market in Europe has been growing at a 7% average rate over the last 9 years. This year, it seems that the trend will be temporarily reversed.

Based on figures reported by respondents, we forecast a -6% overall volume decrease, however, many companies are hit much harder, and sales have been significantly redistributed. 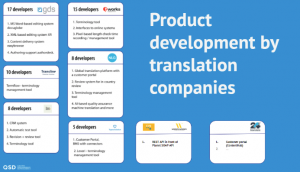 German clients are becoming more and more interested in language technology, and key players are investing heavily in proprietary products. Traditional LSPs like t’works and Transline have hired move than 10 software developers to drive their digital transformation. New challengers like lengoo and Altagram have received funding to create and market software products.

The next battle for the largest market in Europe will be fought by companies that combine linguistic and technical expertise, and won by the firm that finds the best combination.

Qualitätssprachendienste Deutschlands (QSD) association is a respected and recognized body that represents German language services providers for more than 20 years. It is unique in the German-speaking world.

QSD is an active member of EUATC (European Union of Associations of Translation Companies). EUATC is committed to assuring the quality of language services at the European level. QSD is also associated with the BDÜ, Bundesverband der Dolmetscher und Übersetzer e.V., in the form of an extraordinary membership. 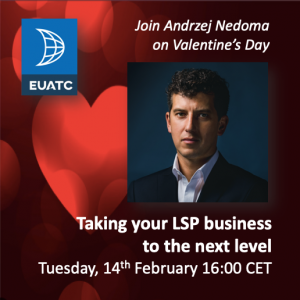 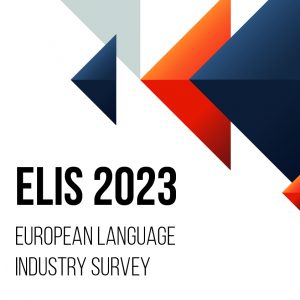 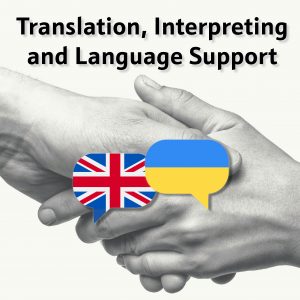