Data science – what’s in it for LSPs and language technology companies? 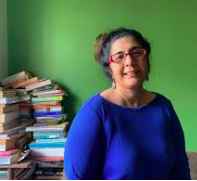 Kalika Bali is a researcher at Microsoft Research India working in the areas of Machine Learning, Natural Language Systems and Applications, as well as Technology for Emerging Markets. My research interests lie broadly in the area of Speech and Language Technology  especially in the use of linguistic models for building technology that offers a more natural Human-Computer as well as Computer-Mediated interactions.

She is currently working on Project Mélange  where we try to understand, process and generate Code-mixed language data for both text and speech. Code-mixing or use of more than one languages in a single conversation or utterance is a phenomenon that is observed in all multilingual societies. Though Code-mixing has been studied in the past as a feature of conversational speech, the rapid rise of social-media and other online forums, has made it a common phenomenon for text as well. Conversational speech applications, like personal assistants as well as speech-to-speech translations, make it imperative that we know how to model this in speech as well.

Recently, she became interested in how social and pragmatic functions affect language use, in code-mixed as well as monolingual conversations, and how to build effective computational models of sociolinguistics and pragmatics that can lead to more aware Artificial Intelligence.

She is also very passionate about NLP and Speech technology for Indian Languages, which, she believes that local language technology especially with speech interfaces, can help millions of people gain entry into a world that is till now almost inaccessible to them. She serves on several Indian government and other committees that work on Indian Language Technologies as well as Linguistic Resources and Standards for NLP/Speech.

Sandeep Nulkar is the Founder and CEO of one of India’s oldest translation companies, BITS Private Limited and the Co-founder of Vernac Language Technologies that developed India’s first crowdsourced translation platform. He was recently re-elected as the President of India’s language industry body, CITLoB for the 2020-2022 term

He is the first Asian to receive the Outstanding Contribution to the Language Industry Award at the ATC’s Annual Language Industry Summit in 2016 and is also a recipient of the Udyami Award for Entrepreneurship in 2017. Sandeep also recently featured on the Nimdzi Global top 60 localisation influencers watchlist.

Sandeep Nulkar has been an invitee to the Language Technology consultations under the aegis of the Ministry of Electronics and Information Technology, Government of India, and contributes as a Senior Member of the Indian Language Internet Alliance (ILIA) at FICCI, India’s premier industry body.

He has served on the Advisory Board of the Rajya Marathi Vikas Sanstha, a body constituted by the Ministry of Education, Government of Maharashtra and also contributes as a Member of the Managing Committee of the Alliance Française de Pune and on the Advisory Boards of several other academic institutions.

Sandeep Nulkar is also a columnist, an author, a competitive sprinter and an aspiring drummer.